What is the Only Food That Doesn’t Spoil? 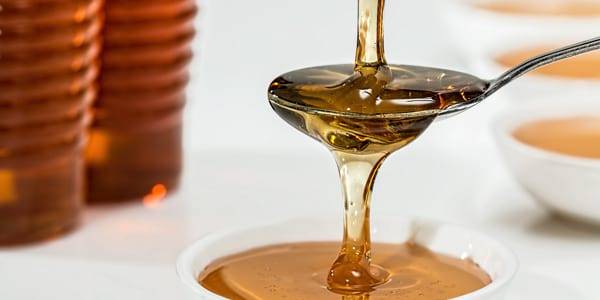 You may be thinking of some anciently preserved food that you have never heard of, but the only food that doesn’t spoil is probably sitting in your cupboard right now: honey! Read on to learn more about this intriguing food.

The main reason why honey doesn’t go bad is because of its water content. Honey is made by bees using plant nectar, which is a combination of different sugars, proteins, and compounds, in a water solution. This water solution is at a content of 17%, which is much lower than the typical amount found in bacteria or fungi. Water causes moisture and moisture is a breeding ground for bacteria, but when there isn’t enough water there, they can’t grow!

What other foods don’t spoil?

According to some people, there are Graham Crackers leftover from World War II, which are still safe to eat and unspoiled. Dehydrated foods in general can last for an incredibly long time, as they also have no moisture, and this is why they are often the food of choice to use for rations in places where there is no refrigeration.

Why doesn’t food spoil in the refrigerator?

Speaking of refrigeration, while you may assume that food doesn’t spoil in your fridge, if left in long enough it certainly does. We have all found the unwanted treasure at the back of the fridge, disgusted by its moldy state as we find it hidden amidst all the regularly eaten food. It takes longer for food to spoil in the fridge because many bacteria cannot live at the temperatures a fridge withholds. There are some however, that thrive in frigid temperatures, and sooner or later they’ll end up on your food!

When mixed with food, does honey preserve the food?

Honey has been used as a means of food preservation since Ancient times. In fact, in those years, many people did not realize that honey itself didn’t spoil, and they weren’t using it for preservation for this reason. Instead, they were using it for preservation because of its high sugar content and low moisture content. Just like many foods you buy in the grocery store are preserved in a sugar syrup, honey can act as this sugar preservation ingredient and thereby prevent the foods that it is mixed with from spoiling. Preserved foods are great for you to enjoy at home and are often a popular selection in catering platters due to their versatility amongst many dishes and courses.

Contrary to popular belief, alcohol does go bad, and the only beverage that can last unspoiled is water. With that in mind though, depending on the surroundings of the water, if not in a sterile environment, mould and bacteria can grow on top of the water, thereby, likely making it unfit to drink.

While you may have assumed all your food would go bad at some point, the good news is that as long as you have some honey in your cupboard, you will always have an unspoiled food to eat. Use it to preserve your favourite fruit or on your toast for breakfast for years to come.

Breakfast Ideas From Around the World
The Perfect Wine Wedding Present
What is the Only Food That Doesn’t Spoil?
How Long Does It Take to Stop Sugar Cravings?
3 Easy Dinner Recipes Your Kids Can Make Tonight

Everything is possible with Coast Chef

Express your character and mood through the food at your event. Customized menus, savory meals, creative presentation, professional service - all this and more is what our catering company brings to your table. Let’s talk!